In recognition of their longstanding contribution, OEAQ has honoured certain individuals who have been integral to the advancement of outdoor education and the outdoor edu community in Queensland.

It is with gratitude and respect that we can honour them here. 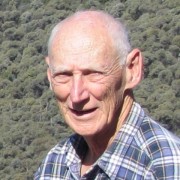 Read on to understand the role Rob Simson played in the development of OEAQ.

Rob Simson was made a Fellow of OEAQ at the association’s tenth anniversary dinner on 29th Feb 1992 in recognition of his decade of service. Together with Cave Batt and Tim Trehearn, he was one of the founding member of OEAQ when the organisation was formed in 1981.

The following year (1982) he organised the National Conference at Maroon OEC. Stewart Jackson was conference convenor and managed to secure Colin Mortlock from UK as the Keynote speaker. Colin was and still is one of the most experienced, knowledgeable and respected people in the world concerning values, adventure and wild nature. At the conference Rob delivered a paper on the Project Arcadia expedition program (1974-5) – three expeditions in the Carnarvon Ranges which he organised with Paul Feeney.

Rob’s outdoor interest was in Geography, Geographical Field Studies and Bushwalking. He was on a learning curve at Maroon regarding canoeing, sailing and rock climbing, however he was never a fan of ropes courses, thinking them rather ‘artificial’ where the environment was not the challenge, just the backdrop.

With Helen Sherriff he started the orienteering programs at Maroon OEC. Orienteering soon became one of his passions. He went on to produce over 30 orienteering maps, founded the Toohey Forest Orienteering Club, hosted many events, and promoted school orienteering. He was national Secretary for School Orienteering with School Sport Australia from the first year of the ASOC in 1989 for ten years. Later, his work as a principal in mainstream education took him out of the outdoor scene, but not the outdoor scene out of him.

He represented Queensland Orienteering as a founding member of the Queensland Outdoor Recreation Federation (QORF), and was made a Life member of that organisation in 2010, in recognition of his services to outdoor recreation in Queensland.

He has published two novels. Cave Hill could be regarded as memoir through fiction.  To and From God, his spiritual memoir, has a lot to do with his Outdoor Education and teaching life. 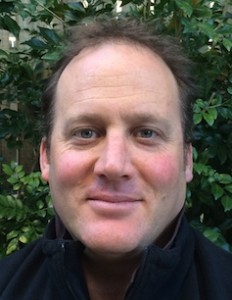 Read on to understand the role James McIntosh played in the OEAQ.

James McIntosh was made a Fellow of OEAQ at the association’s 2017 Annual General Meeting on 28th Nov 2017 in recognition of his decade of service.  In his 10+years as the President of the OEAQ, James assisted in the day to day momentum of the association, striving to keep conversation open and bring outdoor educators together.  During this time James also sat in the OEA Chair, constantly delivering the QLD perspective and needs at a national level.  In his spare time James was Director of Brisbane Girls Grammar School Outdoor Education Facility and a beloved family man.

In 2016 James was integral to kick starting the movement of updating the OEA and OEAQ websites, moving both organisations into the 21st century and providing scaffolding for a national approach to outdoor education.  This move coincided with QLD hosting the 19th National Outdoor Education Conference on the sunshine coast. Read on to understand the role Carol McIntosh played in the OEAQ.

Carol McIntosh was made a Fellow of OEAQ at the association’s 2017 Annual General Meeting on 28th Nov 2017 in recognition of her decade of service.  Carol is the first female Outdoor Educator to be recognised for her dedication and leadership of the OEAQ.  In her 10+years involvement in the OEAQ she has assisted provided wisdom, perspective and guidance to younger female educators.  She had donated her time and energy to editing and publishing the OEAQ 6-monthly publication “Horizons”, chasing and compiling stories from across QLD, striving to share knowledge amongst the organisation.   In her spare time Carol was supporting her husband James in his role as President and juggling the daily life needs of running a family. 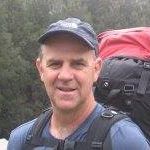 Read on to understand the role Tim Trehern played in the OEAQ.

Tim Trehern was made a Fellow of OEAQ at the association’s 2017 Annual General Meeting on 28th Nov 2017 in recognition of his decade of service.  More on Tim Trehern coming soon –